Morya I by El Morya and Mark L Prophet 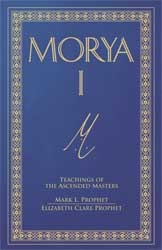 In Morya I, El Morya reveals himself as the inimitable Guru. By what he tells his chelas, you discover somewhat the kind of master he is. For ascended masters do indeed have personalities, and very strong ones at that.

Morya also reveals the state of consciousness of chelas and their chelaship, both in general and in particular. Hence The Summit Lighthouse published Morya I to further acquaint you with Morya and with yourself as a potential, or perhaps advancing, chela on the path of enlightenment through self-mastery in all planes of your being.

"Through the words and sentences punctuated by his unspeakable love and the fierceness of his zeal to set you free from mortal delusion and dalliance with the lesser self, you will find the Morya you have always known and loved—both in this life and in the worlds of the preexistence of your soul."
- Elizabeth Clare Prophet

Human concepts have never given man their freedom.

Countless wars have been fought, human beings have passed through extreme suffering through the use of human consciousness, but the divine consciousness has never, ever, in all eternity dragged individuals down.

It has ever lifted them up, and it will continue forever to do so.

Elizabeth Clare Prophet on Morya I 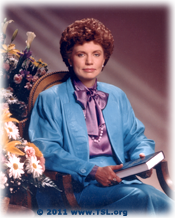 This book is the story of El Morya. By El Morya. It consists of dictations given by his amanuensis and messenger, Mark L. Prophet, between the years 1958 and 1963. During their powerful Holy Spirit delivery, I was present with other chelas of the ascended masters for all except those transmitted prior to the summer of 1961 (When I first met Morya and Mark 'on the outer') or those taken by Mark while he was traveling to the homes and centers of Morya's chelas, where some of these were released.

You will find through the printed word a means of focusing your attention upon the spiritual being who is very much alive and well today on planet Earth in the many dimensions of being that he occupies by reason of his attainment, including the physical octave. — Elizabeth Clare Prophet

Morya - Ascend Upon the Consciousness of the Will of God 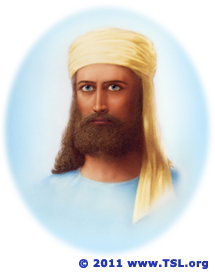 "Beloved ones, the law of God is itself the pure perfection of man's being. The first ray pours out to mankind the will of God in all of its pristine purity. As men give their attention to it and pour out their loving adoration to it, they magnify the holy cause within the forcefield of their own being. They are then, in effect, ascending upon the consciousness of the will of God; and it is the will of God that bears them up in the spiral of their own ascension.

"Morya is the forget-me-not that grows and blooms inside your heart. The little blue flower is always there. It is a part of yourself. You wouldn't be without it. You almost take it for granted. But it is Morya peeping through the aperture of self. He is oneself ...one's finer self."
- Elizabeth Clare Prophet

Morya I at Bookstores:

Order your copy of the Morya I at Amazon or

Check the Morya I table of contents.

Sign up and enjoy receiving free Introductory Series of ePearls by El Morya. Sixteen Pearls of Wisdom on the teachings of the ascended master sent out weekly.