The Ascended Master El Morya holds the office of Chohan (Lord) of the First Ray of God's Will. He represents the Godly attributes of courage, certainty, power, forthrightness, self-reliance, dependability, faith and initiative. These are the qualities of the Father principle—the statesman, the executive, the ruler.

El Morya ascended about 1898 after his work with the Master K.H. in founding the Theosophical Society. Describing the ultimate victory of his ascension and his work with mankind from the ascended state in the dictation given April 16, 1976, the ascended master El Morya said:

"Through countless incarnations and services rendered to the hierarchy, learning the ways of the world and the ways of the cosmos, I came to the place where I could follow the ray of my own God Presence back to the heart of the Flaming One. And so at the conclusion of the last century, I followed that ray to the white fire core and I did not return with the dawn of the morning light to Mater, but I accepted the ritual of the ascension for one purpose: to serve the will of God in a greater capacity than I was able while in embodiment."

Through many embodiments El Morya has worn the crown of authority, ruling many kingdoms wisely and well because he ably outpictured essential first ray virtues. His rulership has not been that of a dictator, demanding that his subjects submit to his human will. Rather, his interpretation of government is "God over men" and his concept of true statesmen is "God's overmen." He inspires illumined obedience to the holy will of God. 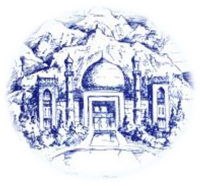 El Morya is the hierarch of the Temple of Good Will in the etheric plane over the city of Darjeeling, India, in the foothills of the Himalayas. This retreat is a mandala and a forcefield that is used by the solar hierarchies to release increments of cosmic energy to the planet. Together with the members of the Darjeeling Council, the Brothers of the Diamond Heart who serve at this retreat under El Morya assist mankind by organizing, developing, directing, and implementing the will of God as the foundation for all successful organized movements.

El Morya on the Will of God

The diamond shining mind of God is the very heart of any endeavor. Public servants, world and community leaders, and holders of public office are schooled between embodiments and in their finer bodies during sleep to renew the charge of Morya's thrust for a purpose and to refresh their understanding of the intricacies of the will of God in politics, in religion, in business, and in education. Ascended and unascended masters and their chelas meet at Morya's retreat frequently to discuss national and international problems and the means to their solution.

El Morya founded The Summit Lighthouse in 1958 in Washington, D.C., for the purpose of publishing the teachings of the ascended masters given to the Messengers Mark and Elizabeth Prophet, a continuation of his efforts in so many incarnations to establish the concept of God-government on earth.

To experience El Morya's wisdom, sign up and enjoy free Introductory Series of ePearls by El Morya. Sixteen Pearls of Wisdom on the teachings of the ascended master sent out weekly.